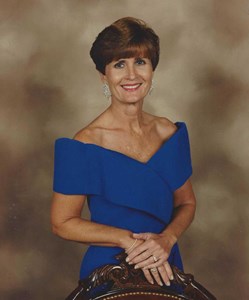 In Loving Memory of

In Loving Memory of

Tweet
Sandra (Sandy) Marie Chapman Hungerford lost her courageous 8 year battle against metastatic
fallopian tube cancer and Type 1 diabetes on February 8, 2021 at the age of 79 years with her
family at her side.

Sandy was born on June 22, 1941 to Carl and Frances Crowder Chapman and lived her entire life
in Orlando and Winter Park attending and graduating from Concord Park Elementary, Memorial
Junior High, and Edgewater High School in the Class of 1959. During her scholastic years she
was a very popular and active member of Memorial Junior High activities and the Edgewater
Cheer Leaders as well as National Junior and Senior High School Honor Societies.

Following the end of her marriage in August 1983, Sandy met a retired Army Officer then
working at Martin Marietta via the wife (Charlene) of a well-known Winter Park Physician, the
late Dr. William Braun. Sandy's beautiful smile, intelligence and engaging personality won
Colonel Franklin Hungerford's heart followed by their marriage in December 1984. A beautiful
36-year marriage followed with a blending of Sandy's and Frank's families. Frank was a member
of Rio Pinar Country Club, so Sandy quickly took up the game of golf and with a great golf
teacher and her fellow Edgewater High School graduate and Dubsdread Golf Pro Harold Rayborn
teaching her. Sandy developed her golf talents in addition to her tennis ability with the Rio Pinar
Ladies Association, as well as playing in the Rio's Showtime productions of “Chorus Line” and
“Best Little Whore House in Texas” with the MC being the late Judge Jim Byrd, and performing as
a model in Rio's Ladies annual Style Shows during Member Guest weeks.

Sandy attended Maitland Presbyterian Church during her first marriage, and was a member of
Parkway Baptist Church during her second marriage. At Parkway, she served the Lord and the
membership as a Greeter with her beautiful smile and charming southern voice and personality.
Sandy joined her husband after his retirement in extensive traveling with his knowledge of
Europe and World War II visiting Germany (where he served during his military career), England,
France, Italy, the Benelux countries, the Baltic and Mediterranean Sea countries, the continental
US states, Alaska, Hawaii, Canada, as well as many Mediterranean Sea cruises with family and
friends.

At Sandy's wish, there will be no Memorial Service at this time due to the pandemic. There will
be a Celebration of Sandy's Life at a later date for family and friends, when conditions warrant.
Sandy's Life Story Memorial Tribute video will be posted to the online obituary for family and
friends. Sandy and Frank will be interred together at Arlington National Cemetery at a future
date. 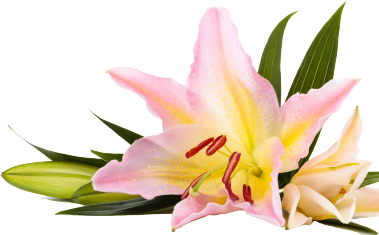 Last Updated: 02/10/2015
Last Review: 02/10/2015
Please read the following terms of use ("Terms of Use") carefully before using this site (hereafter referred to as "this Site") and writing or submitting any material for this Site.

By using, accessing, browsing, or submitting any writing and/or Material to this Site, you expressly agree to be bound by these Terms of Use. Newcomer Funeral Service Group reserves the right, at any time, to modify, alter, or update these Terms of Use without prior notice. You agree that each visit you make to this Site you shall be subject to the then-current Terms of Use.

Newcomer Funeral Service Group will not intentionally post, transmit, display, publish, or distribute any submitted writing or Material that:

We reserve the right to remove any submitted writing, photo(s), or any other Material that does not meet the standards described in Section 2 above, or for any other reason whatsoever.

You agree to indemnify and hold Newcomer Funeral Service Group, its subsidiaries and affiliates, agents, officers, directors, and/or such entities’ agents and employees harmless from any claim or demand made by anyone regarding any and all writing and/or Material you submit, post, transmit, display, publish or distribute on or through this Site, your use of this Site, your connection to this Site, or from your violation of these Terms of Use.

By making a submission, you may be contacted by Newcomer Funeral Service Group so we may follow up with any issue relating to such submission.

Newcomer Funeral Service Group shall not be liable to you for any direct, indirect, special, punitive, incidental, exemplary or consequential damages, or any damages whatsoever, even if Newcomer Funeral Service Group has been previously advised of the possibility of such damages, whether in an action under contract, negligence, or any other theory, arising out of or in connection with the use, inability to use, or performance of the information, services, and materials available from this Site.

Newcomer Funeral Service Group also assumes no responsibility and shall not be liable for any damages to, or viruses that may infect, your computer equipment or other property on account of your access to, use of, or browsing of this Site, or of your downloading of any materials from this Site.

Newcomer Funeral Service Group assumes no responsibility or liability arising from the content of this Site, as well as any off site pages or additional sites linked to this Site, for any error, defamation, libel, slander, omission, falsehood, obscenity, pornography, profanity, danger or inaccuracy contained therein.

You and Newcomer Funeral Service Group agree that the warranty disclaimers and limitations of liability in this Agreement are material, and bargained-for as a basis of this Agreement.

The foregoing limitations of liability shall only apply if permitted under the laws of the state of your residence or the state law of the Site at which Newcomer performed funeral services for you or your family.

Sandy, you made us laugh all the time. We will miss you so very much. West still talks about Gee Gee and Sophie. I am so grateful we were able to reconnect over the last handful of years. We love you and will remember you, always.